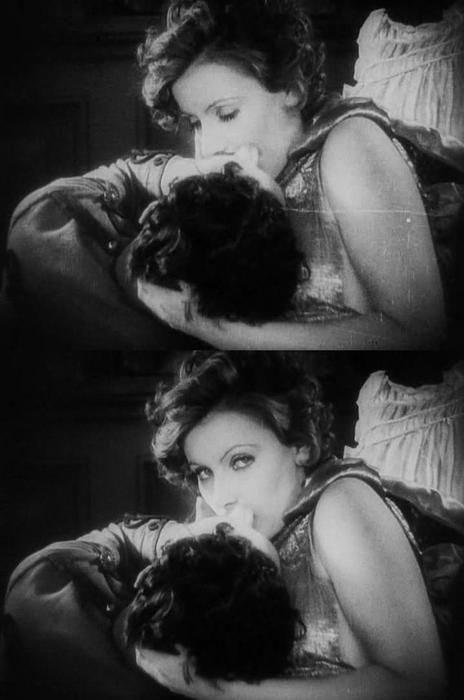 Greta Garbo bitches it up in Flesh and the Devil.

Here is a post that serves many a master: it is my first “Why I Didn’t Finish the Book” post, it is two mini book reviews in one, and it begins a discussion we will continue later about what we as readers expect from heroines.

For now, we concentrate on Why I Didn’t Finish The Book.

In both of the books presented here, it’s the one factor most likely to make me throw down a romance novel in disgust: the awful heroine.

First, I want to clarify the important distinction between the unlikable heroine and the heroine who is unlikable to me. Some of my favorite romance heroines are the anti-heroines; a heroine who is bit salty or sharp around the edges is wonderful when drawn by a skillful hand, and even ones who have TSTL moments can be redeemed. Likewise, my awful heroines may be just fine to you. To each her own.

As for what makes a heroine awful, it’s like pornography; I have no clear-cut criteria, but I know an awful heroine when I see one. But to give you some idea of how a heroine can ruin a book entirely, I give you two of the most awful heroines I have ever encountered. 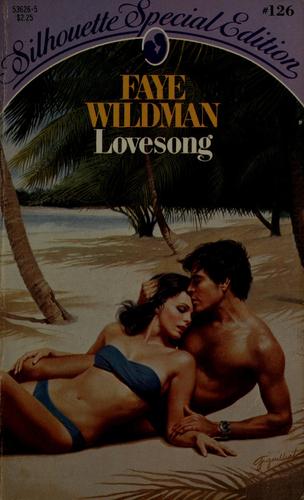 The first of my disappointing heroines is Adrienne, from a 1983 Silhouette Special Edition from Faye Wildman titled Lovesong.

Adrienne gave herself to her music, heart and soul. Rock’s most glamorous chanteuse had a public persona that delighted the media, but a private emptiness no man had yet been able to fill.

Cal McQueen had once known her world better than anyone, but had left the glitter and flash behind because of a personal tragedy.

Hand in hand, on the sun-washed beaches of his island retreat, they moved toward a healing future and sang a lasting duet of love.

This is one of the early Silhouette releases, and for those of you who are not lovers of old series titles, Silhouette was, in its earliest years, sort of the anti-Harlequin; the heroines were often successful in their own right, the action was a little racier, and though an HEA was verboten, the road to it was often more believable.

Needless to say, I had high hopes for this character and for this book. And though the premise is interesting, the dialogue well-written, and the hero not a total drag, it goes over like a lead balloon. Why? Adrienne.

Like most category romances of the period, Lovesong is written primarily from the heroine’s perspective. I only made it about halfway through Lovesong before realizing two things: one, the synopsis is wrong, as Adrienne is NOT empty, and two, though Adrienne be filled, she is filled with herself. At that point I stopped reading, as I could not spend any further time in the head of a woman who:

Thing is, when you are reading a category romance, you spend a lot of time with a heroine. If the heroine doesn’t impress you, you’re in for a long row to hoe. If she becomes repugnant to you on page 2, don’t be a fool like me and keep going to page 80-something. Maybe my standards are too high, but I just couldn’t stand Adrienne. Make that “yo Adrienne” a “no Adrienne.”

It’s not far from shooting fish in a barrel to make fun of the fashions and slang in a vintage category romance, but Lovesong is a laughfest. First, though it’s publication date is 1983, it reads more like it was written in 1978 or 1979, because Cal is clearly patterned after John Travolta’s character in Saturday Night Fever. Silk shirts and medallions are thick on the ground here. And on their first meeting, Cal gives Adrienne a leather medallion. Because leather tooling is his hobby. 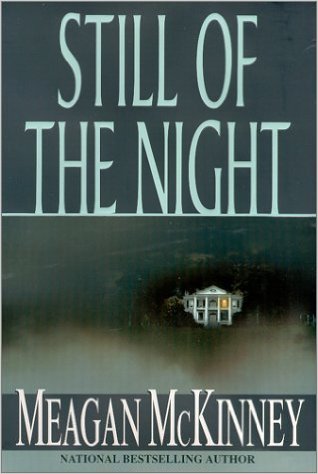 For all her faults, Adrienne was just shallow and self-absorbed. Stella of Meagan McKinney’s 2001 romantic suspense novel Still of the Night is, in a word, a bitch.

For almost two centuries, the proud St. Valliers have inhabited Shadow Oaks, the once elegant Cane Town plantation. Now only two descendants remain amidst the peeling paint and faded draperies: thirty-something college professor Stella and her elderly aunt, Rose — both of them spinsters…

…Stella is convinced that the key to Shadow Oaks’ future lies within the old walls of the house itself. Pirate ancestors supposedly concealed a treasure in the vicinity of a secret room. But her search is swiftly disrupted by obstacles she never could have foreseen: A shocking crime in the bayou. Whispers about a local conspiracy with links to high-reaching government officials. Gunshots in the night — and a wounded stranger collapsing on Stella’s property.

As with Lovesong, most of Still of the Night is from Stella’s perspective. It’s a fairly limited one, as we discover a mere eleven pages into the book.

Stella answers her aunt’s suggestion that she get out and find herself a man by asking if her aunt means “one of the roustabouts who pays for a peekaboo at the strip club in town? Or perhaps good ol’ farm boy Billy Ed, who could treat me to a romantic night at the dog races before we make out in his TransAm?”

Stella, you see, is Southern aristocracy and a college professor, which means her bloodline is purer and her mental capacity higher than anyone else in the parish. Nearly every single page I read has Stella putting someone down or being a snooty cow to someone for no better reason than that she is Stella St. Valliers. This includes her friends. She actually all but calls her ostensible best friend trash more than once.

Nor is our hero, Garrett Shaw, immune. Garrett spends most of the book working undercover as a bouncer in a hellhole of a strip joint — and being insulted for being low-class by Stella. Even when he helps her or gives her sound advice, she’s turning her nose up at him, and remarking that “he didn’t seem to mind her cutting remarks or dismissals.” Because she’s smarter than he is. Which may be true, because he never seems to notice that she is living in the 19th century in her mind, what with her ideas on class and her “cutting remarks.”

Yet I was willing to forgive Stella her small-mindedness as long as some plot twist changed her view or gave her a taste of her own medicine. Alas. I made it about two-thirds of the way through Still of the Night before conceding that this was never going to happen. By that time, I was actively hoping one of the baddies would use her for alligator bait.

I wish I could say the story somewhat redeems the book, but again, alas. By the book’s construction, we know who the villains are from the beginning, so it’s merely waiting to see Stella catch up. She is so insufferable about her own superior intelligence that it is almost funny to watch her not catch on.

It seems the big bad guy of the book developed an unholy obsession with Stella after being rejected by her in high school. Like everyone else in town, he is beneath her. Not surprisingly, he repeatedly calls her snobbish and stuck-up. Granted he’s a racist thug, but as a reader, it’s hard not to enjoy the only shred of comeuppance Stella receives. And Stella’s own prejudices took some of the bite out of his; e.g., how bad can the villain be when the heroine is not much different?

Why I Didn’t Finish the Book(s)

Believe it or not, there were reasons deeper than sheer disgust that kept me from finishing Lovesong and Still of the Night.

As a 1983 category romance, Lovesong is no better than it ought to be, really. Most romances from the 1940s-1980s were told almost exclusively from the heroine’s point of view, and like Lovesong, tend to be heavy on trivial details and telling rather than showing. Short length and editorial restrictions mean that many of these books are, for better or worse, a biography or autobiography of the heroine. That’s fine, so long as the heroine is interesting or enjoyable; when she’s Adrienne… don’t torment yourself.

So…. I may not have any deeper reason than disgust for not finishing Still of the Night. Nor is this the first book I’ve stopped reading because I despised the heroine. Feisty I can handle. Hot-tempered and mouthy I can handle. But I can’t accept a heroine who is mean-spirited and thinks she is above others, unless the moral of the story is her altar call.

There is a faint possibility that Stella got some kind of comeuppance at the end of the book, but I doubt it, and that, darlings, is a story for another day. So stay tuned.

Now the judgment comes down:

Lovespell by Faye Wildman (Silhouette, 1983) receives one record, not gold. Adrienne receives half of a jumpsuit, which she will no doubt wear beautifully. Cal receives one piece of tanned leather. Go forth and prosper, Cal.

Still of the Night by Meaghan McKinney (Kensington, 2001) receives one box camera, just for the mention of E.J. Bellocq. Garrett gets one sharp antique cane-cutting knife, just to get him the hell out of Louisiana. Stella gets NOTHING.