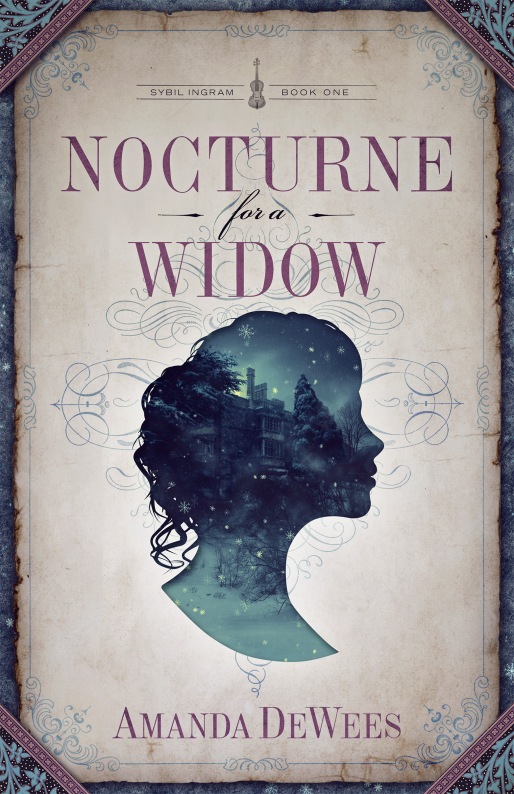 Here’s a first ever for Sweet Rocket — a cover reveal!

Ramping up the excitement for Nocturne for a Widow, the new historical romantic suspense novel from Amanda DeWees, here’s a teaser in the form of the cover for Nocturne, which will appear in ebook and paperback soon.

The heroine of Nocturne is none other than our favorite fictional Victorian-era actress, Sybil Ingram, who made a memorable appearance in DeWees’ recent With This Curse.  Sybil leaves the theater world (Under A Cloud, of course) to marry, but when she’s widowed and left nearly penniless, she latches on to an ill-starred inheritance from her late husband — a mysterious mansion in the wilds of the Hudson River Valley.

In short order, Sybil finds that life in her mansion is far from palatial. Strange doings in the house, a local society queen who is perhaps as dangerous as disapproving, and to cap it all, a challenge to her inheritance in the form of handsome, hot-tempered Roderick Brooke, whose own career as a violin maestro has ended in dark scandal.

Romantic comedy bred with gothic romance, Nocturne For a Widow will charm readers who loved With This Curse. “Sybil is one of the least gothic characters in With This Curse,” author DeWees says, “so I couldn’t resist plunking her down in gothic surroundings to see how she coped. Partly because of her personality, there’s a lot more comedy in Nocturne than in my previous gothics. I think of this story as Shakespeare’s Beatrice and Benedick in a haunted house.”

Look for my review of Nocturne For a Widow here on Sweet Rocket soon, and for release news, follow Amanda on Facebook at facebook.com/AuthorAmandaDeWees, or keep an eye on her website, amandadewees.com.

Until then, enjoy this gorgeous cover, designed by James T. Egan of Bookfly Design! 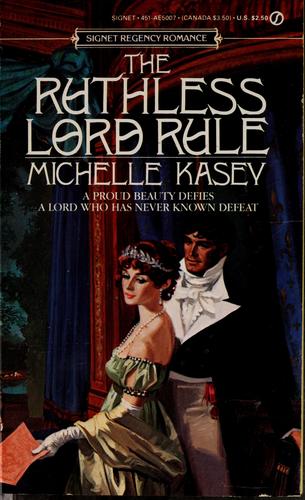 His reputation was notorious. Lord Tristan Rule had been a courageous officer, a spy against Napoleon. Now any young lady of the ton could be his for the taking, though one in particular had him on edge. Miss Mary Lawrence had suddenly become society’s darling, but what did anyone know about this unique beauty? Hot on the trail to uncover her secrets, the ruthless Rule soon discovered that Mary had the power to forge his hard-as-steel heart into something much more malleable. But Tristan knew he dared not bend to Mary’s will until he discovered what his mysterious miss was hiding, lest their future forever be in question….

Hmm. Doesn’t sound too bad. And better still, it’s available in ebook, too, though I myself still have a tendre for this paperback copy….